MENTORS AND TEACHERS ON MY PATH

I have been blessed with guru’s that have such rich knowledge in their fields and all are renowned spiritual teachers in their own rite.
It has garnished my path with deeply profound wisdoms and practices.

A rare treasure of our time. Ida Resi Alit is the High Priestess of Bali. A position not so easy for anyone to be blessed with, especially for a young women. Her story is that of storybooks and yet you can feel the power of its very existence.

Life Is An Offering…

I received my first experience of her water ceremony in the summer of 2018 and was allured by her profound journey. I went on to partake in the Water Blessing. It was beyond moving, I look forward to more of this enlightening work with her.

She is a great example of following ones dharma so fully. She follows her divine guidance with such grace and humbleness.

She is a light we are all so blessed to learn from.
My family and I have been going to Sri Shyamji’s 3Body Purifications for a couple years now. He has changed the way I look at everything. My view on health, sound healing and the layers of psychology that we live with everyday has been profoundly altered. He brings new meaning to ones life and is incredibly gifted in reading and guiding you through the stresses from sabators of daily life.

He was only 12 when he met his spiritual teacher in the Himalayas who he then studied with for several years. He went on to collage to study philosophy, comparative religion and history. He was known early on for his compassion, effective therapy and esoteric wisdom.

In early 1967, he had an intuition. In five hours of automatic writing he revealed that each of the seven major chakras contained 21 microchakras and described the precise details of their functioning. This revelation is the basis of Microchakra Psychology™.

I have been blessed to have Kaya Singer as my mentor and am honored to say that she is also a friend in my wild garden of sacred flowers. She has guided me through the darkness of transformation from my wellness spa I owned for over 10 years, and into what I have created today. She is a true crone and guiding light for women all over the world. I trust her partly because she trusts herself and her own wiser and wilder wisdoms, she teaches what she preaches and that is a rarity in this world. She is a special gem. It is such a joy to be in her presence.
I you can’t make it to her retreats or women’s circles I urge you to read her book at the very least. 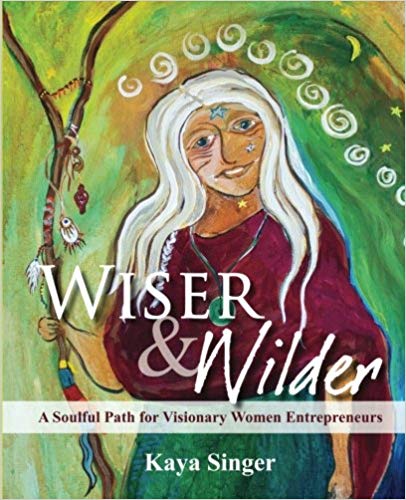 Sign-up for her crone wisdoms to inspire your visionary business and to stay current on her offers.

Mas Vidal has many offerings both in person and online.

Mas Vidal is a devoted teacher of the Veda’s. A world renowned spiritual yogi, world renowned for his teachings of yoga, ayurveda and the mystic studies of jyotish.

As an Ayurvedic Doctor and Vedic Astrologer he expands his teachings of yoga and ayurveda beyond the traditional yoga programs.

I am currently in his Yoga and Ayurveda Program and what a blessing it has been.

“She is called Yogini because of Her
connection with all things as their origin.”
~ Arthur Avalon.

Awakening Women is a path of the Goddess

“In Awakening Women’s Wisdom School, we study Goddess mythology, sacred texts and embodied awakening to reclaim our direct relationship to Source and revive our spiritual lineage rooted in the Great Mother.”

Me and my sisters at La Lita Retreat.

Embodiment is the experience of the Goddess from deep within. “We cannot fully engage with Goddess wisdom by only reading about it; it is at its core highly experiential.” With a ritual practice of sisterhood in devotion, movement, respectful touch, and presence we awaken our own wisdoms of the goddess path.

As a Dharma Specialist you can be more than your average astrologer.

Guide your clients through life with the ease of clarity and the remedies to expand their awakened path all through Simon’s programs.

Simon Chokoisky is the author of several books based on the Vedic wisdom of dharma. He is a renown vedic astrologer specializing in ones life purpose.

He was a teacher at the Ayurvedic Institute for many years. These days you he offers his own course studies. Evermore fully in his own calling. As a teacher in the art of simplifying this masterful wisdom. Take a quick dharma quiz.

Dig deep into your purpose during one of his online courses.

Take a journey with him at one of his beautiful retreats!

At The Ayurvedic Institute I studied with Dr. Vasant Lad, his wife Usha Lad,  Phytotherapist Sonia Masocco, Sanskrit and Jyotish instructor Simon Chokoisky, and many others.

I has the pleasure of spending many of summers and some springs with Dr. Lad. I took several classes with him and his very well educated staff. I even took a class taught by his lovely wife Usha Lad. I stayed for many kirtans, and fire ceremonies. These are treasured memories and the education I received was insurmountable.

My love of Ayurveda wisdoms continued with several instructors in their own personal practices. 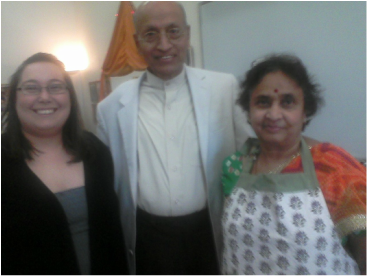 My studies of ancient Vedic healing goes even further still with my background in Panchakarma, 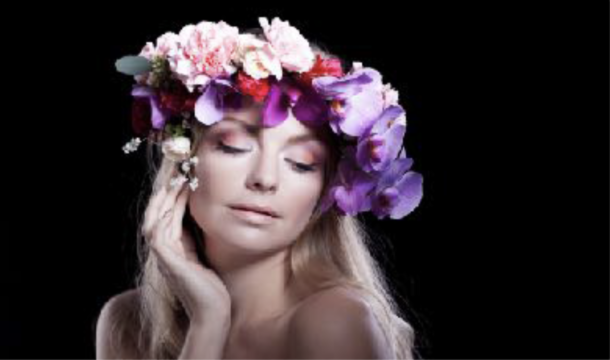 Receive your free gift... Living in the Divine, Abundant Living Practice ~ Creating the Life of Your Dreams!

THANK YOU! Your gift is on its way right now, check your inbox!